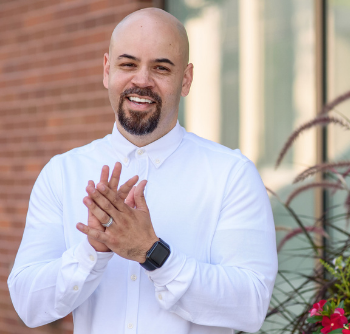 Shaun Mason is the full-time Lead Pastor of Zion Fort Washington. Shaun leads the campus Under The Hood class, where potential members are able to learn more about Zion Fort Washington and Zion Church as a whole. He also oversees the Ministerial Staff and the campus Small Groups ministry. He became a licensed minister of the Gospel in December 2004 and was ordained in October 2006. He was later ordained as a Pastor at Zion Church in 2019. He received his Certification in Biblical Studies at World Harvest Bible College in 2005 and has continued his education at Dallas Theological Seminary, DC Campus. One of Shaun’s greatest joys, outside of his relationship with Christ and his marriage to his wife, Carla, are his daughters Jada and Shayla.